CSBlogs is an online site to share and learn from other computer science staff and students, it's a great resource. I wanted to build an easy way to be able to interact with it through RSS readers and get fetch the feed from Discord, so this project is an RSS converter for it. 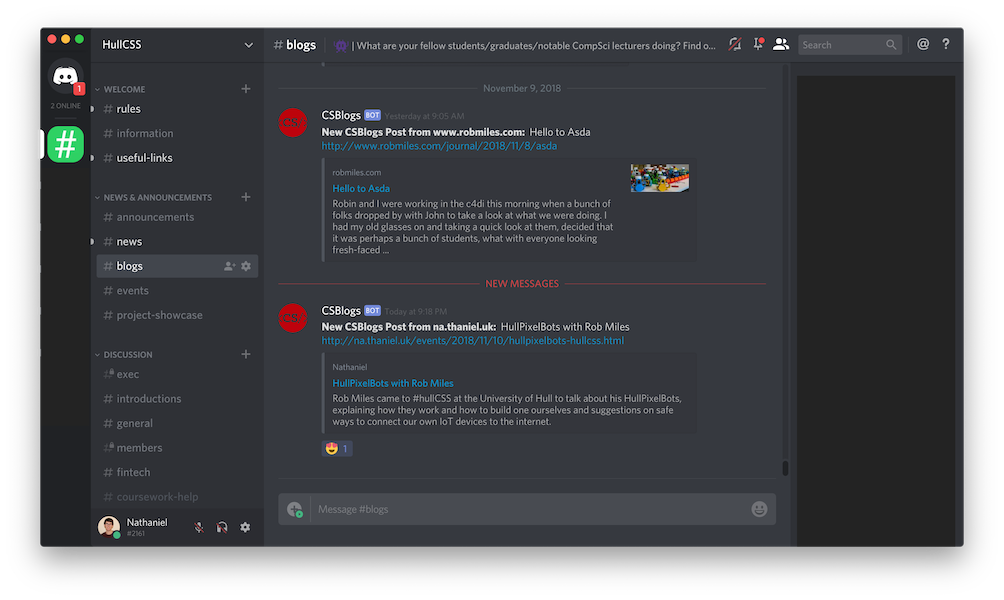 CSBlogs is something that has we’ve been pointed to by the Department as a good source of inspiration from likeminded tech people.

I wanted to read the content from the blog in my RSS reader, but I also wanted to show this in the #hullCSS discord blogs channel to cross-promote people’s blogs to our members. The previous system involved manually added members feeds as requested to the channel, but moving to using CSBlogs makes this easier as bloggers only have to get their blogs approved by CSBlogs to appear in our Discord too. 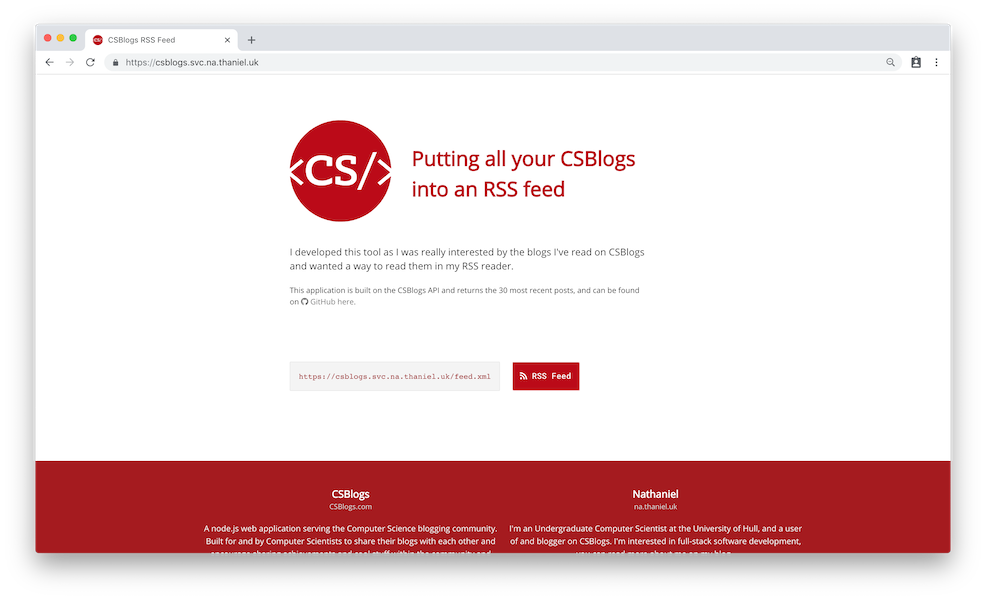 CSBlogs has a really good API, all nicely available and well documented online, I wrote a Node.JS application that pulls the most recent posts from the API, parses them into RSS and then serves the RSS feed back to users when it’s requested. I made a nice web frontend for it too, which can be seen in the image. 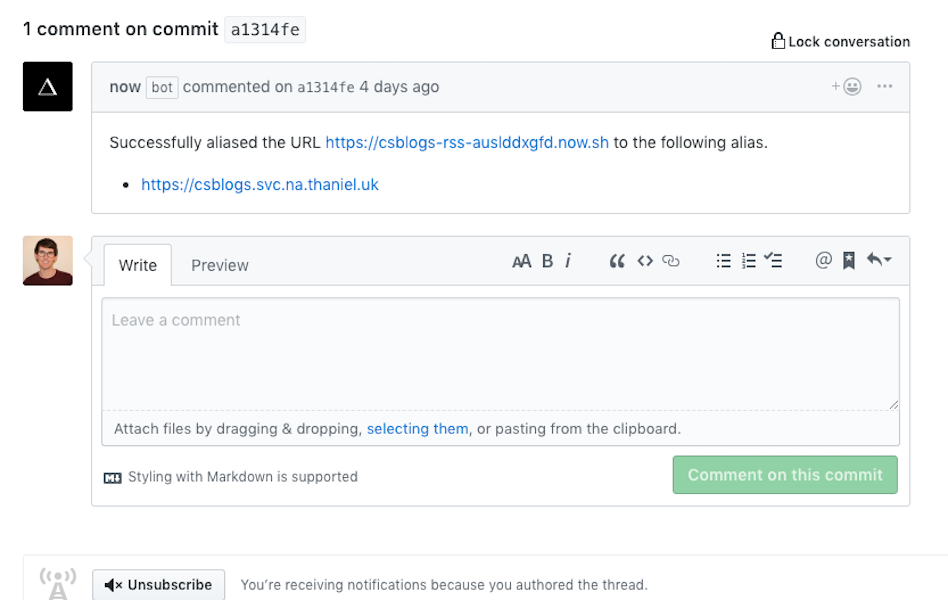 I’ve used Zeit Now for the first time to do my first serverless deployment too, which means every time I push a new build to GitHub, it’s automatically built and an instance of the service is deployed and the domain moved over to it, meaning zero downtime upgrades as well.

I’m really happy with the project as it’s a cool side project that’s also really useful as I interact with it several times a week (although the interaction is hidden behind Discord and Feedly, it’s still there).

I hope other people find this tool useful too, a really big thank you to the creators of CSBlogs though for making and maintaining the service.

I was really impressed with Zeit Now, and plan to use it again in future.