After using a TP-Link AP for four years as a range extender for a BT Home Hub, I decided enough was enough. After two years, I decided to make the swap to DD-WRT which made the situation more bearable, despite there not being a compatible build for it.

I took a leap in the dark and flashed it with the firmware for a similar access point by TP-Link, I got myself an almost zero-handoff functionality by making it spoof the BT router’s MAC address but it still needed a script to reboot it weekly, which would stop most of the random drop outs. It served us well though, and brought us up to March.

In March, we spotted some UAPs on eBay, stripped out of offices at great price, so we bought two and set them up at opposite ends of the house, the actual adoption process confused me at first but I got the hang eventually.

After getting the controller up and running in a docker container; managing the APs with the controller and setting up the network SSIDs, everything was working great.

I decided to try WPA2-Enterprise, using my Synology NAS as my RADIUS server which didn’t work great with random drop-outs but when I switched back to WPA2 personal after a month everything was running smoothly again. These APs are pretty powerful and handle the handful of clients we have with ease. 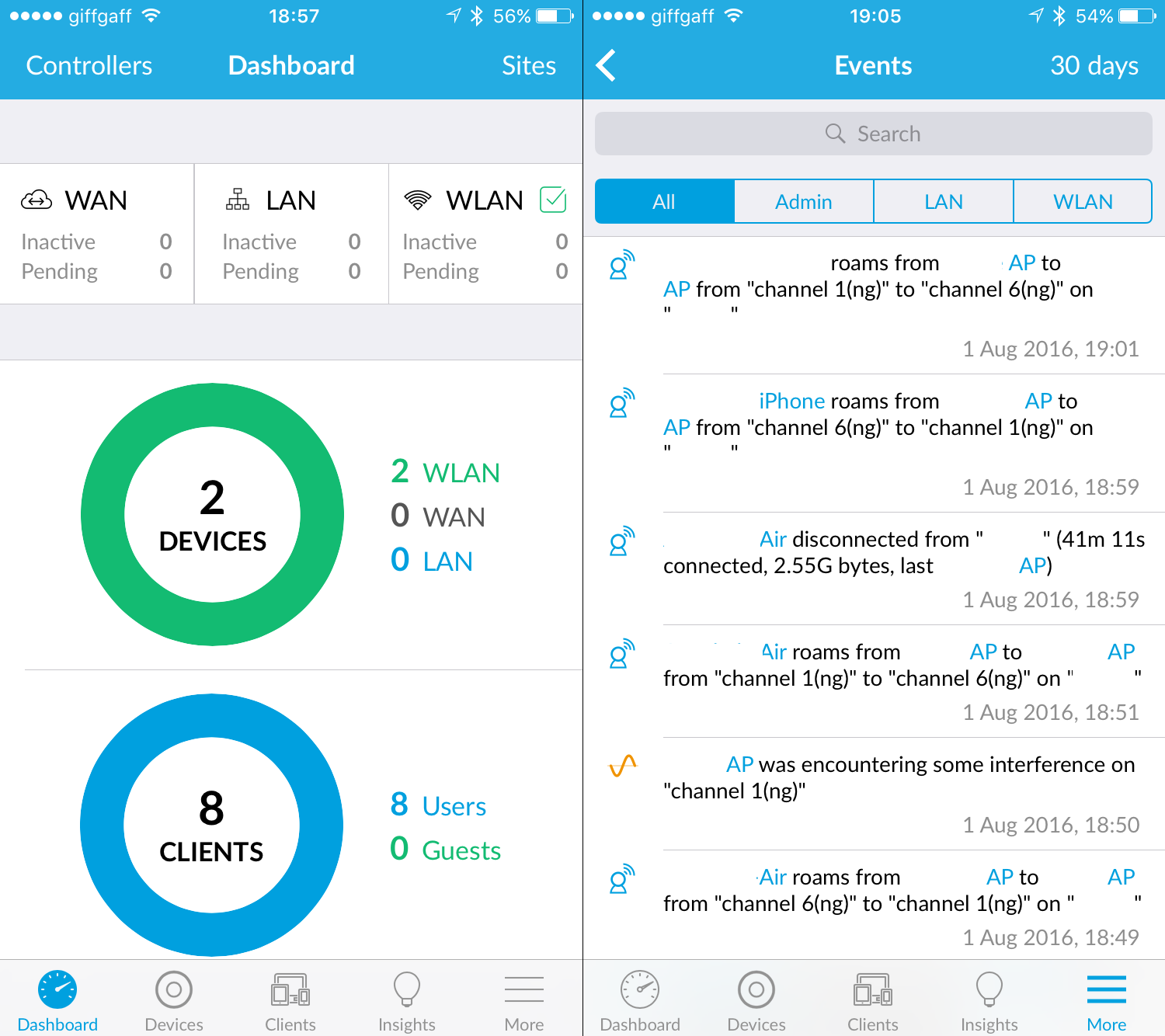 Where Ubiquiti excels even more though is their controller software which is miles ahead of anything else I’ve seen, allowing everything to be controlled through a single UI and also having a mobile app. I can see if an AP has dropped, client data usage and signal strength as well as a glance-able view of my network.

I’m yet to found any real downside of using the Ubiquiti Access Points, beside their lack of 802.11AC but really we’re not really reaching the speeds of Wireless N (no FTTP yet) and the area around our house isn’t particularly congested on the channels.

I’d certainly recommend the APs as once they’re set up, they pretty much manage themselves.

If you’re confused setting up the UniFi AP this too, download the Unifi-Discover app from their website.
Reset your Unifi using the pinhole on the back and connect it to your network It should appear in the discover app, press ‘Manage’ and inform it of your Unifi Controller (running live on a Raspberry Pi, if you want it to be always on)
Use its IP and port (usually 8880 or 8081) as http://example.com:8880/inform.