My very late review of the last semester! I’ve had slightly less ‘building’ this time around and more work on theoretical underpinnings, which has been interesting. Through projects in the courseworks, I implemented a TCP networking stack, wrote low-level efficient code in C++ and built some databases (the projects just don’t have cool names as normal!).

The Networking coursework, Location Hub isn’t the same as last semester, it does the same thing differently (and in C#, plus WPF). There was an essential part of understanding how RFC’s, specifications and protocols all work under the hood and important lessons in how to follow them. The networking coursework’s core part was building out the application and following the specification exactly. The application follows a spec to make raw HTTP requests to the 0.9/1.0/1.1 variants of the spec meaning that browsers can interact with it too, it was a really interesting task as it gave a lot greater understanding of how protocols are designed and function.

I was incredibly pleased as I scored 100% for the design and implementation of the coursework.

The coursework for advanced programming was my first experience using C++ for an application. It was a bit weird at first but learning how pointers, references and designing algorithms for performance was a really interesting exercise and encouraged creating thinking. The application had to find you the fastest route from A-B using a provided CSV of locations and another of links between those locations, storing this data in vectors linked together allowed me to find routes between and sort to find the fastest in the most efficient way.

I’m proud of this coursework, scoring 79/80 for code implementation, design and efficiency. 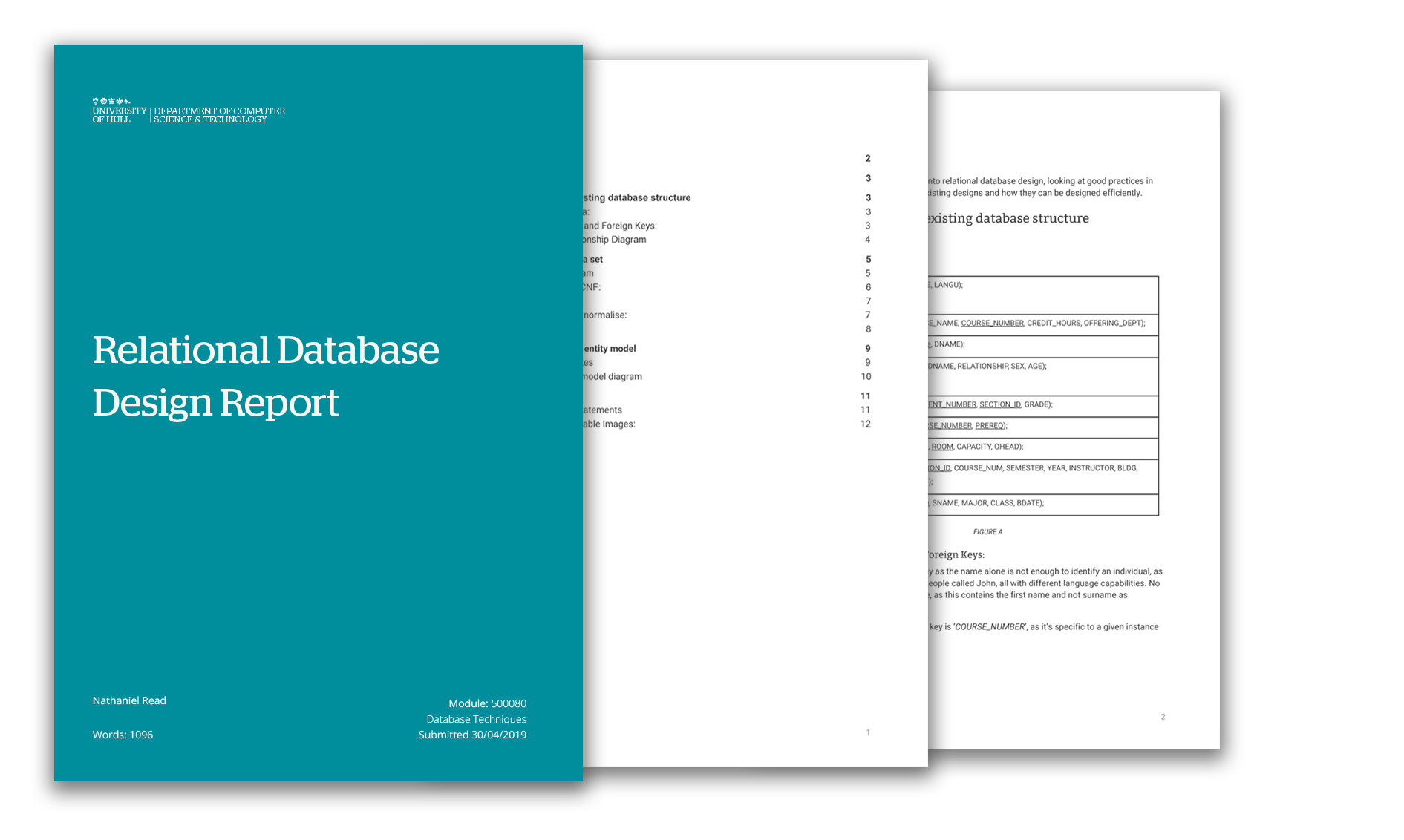 Databases was an interesting module revolved mostly around making sure you chose the right type of database for what you needed, the coursework was about structuring data, something I’ve already found useful in my final year project so far.

The coursework consisted of modelling a data-set, converting it to Boyce-Codd Normal Form and explaining through methods of how to do modelling, then writing SQL queries to migrate the data over - useful but not as hands-on as the others!

For the first month and a bit of summer while I still had my accommodation, I worked with Sauce as an intern on an IoT project, working with various technologies including React, React Native, the Serverless Framework and AWS, which is great as I’m working on building my Final Year Project with the framework. It was a lot of fun, the team were all great and I learned a lot!

Since then I’ve been on a holiday to Northumbria, see the obligatory bonus dog picture!

I’ve also made a start on my final year project, with data-modelling and design now well underway. I’m looking forward to sharing more about the project I’ve chosen and how it’s coming along. I’ve got a couple of other cool projects underway too, including one with SwiftUI which I’m planning to write about!