This is my slightly late review of last semester and what I’ve been up to! I’ve built numerous applications in projects for my course but we’ll get into that shortly; I’ve also had a lot of project management practice this semester, being in charge of delivering an agile group report as well as software.

Ultra Run was my project for Electronics and Interfacing where we were tasked with building a timer with additional functionality using a NeoPixel 7-segment display to track a runner.

I added additional functionality using RFID and serial to track individual runners and show them in a desktop application, allowing the runners’ progress to be tracked centrally. Then returning a serial communication to the Arduino to give visual feedback the card has been accepted, due to the flaky nature of Arduino serial to ensure all scans are imported correctly. 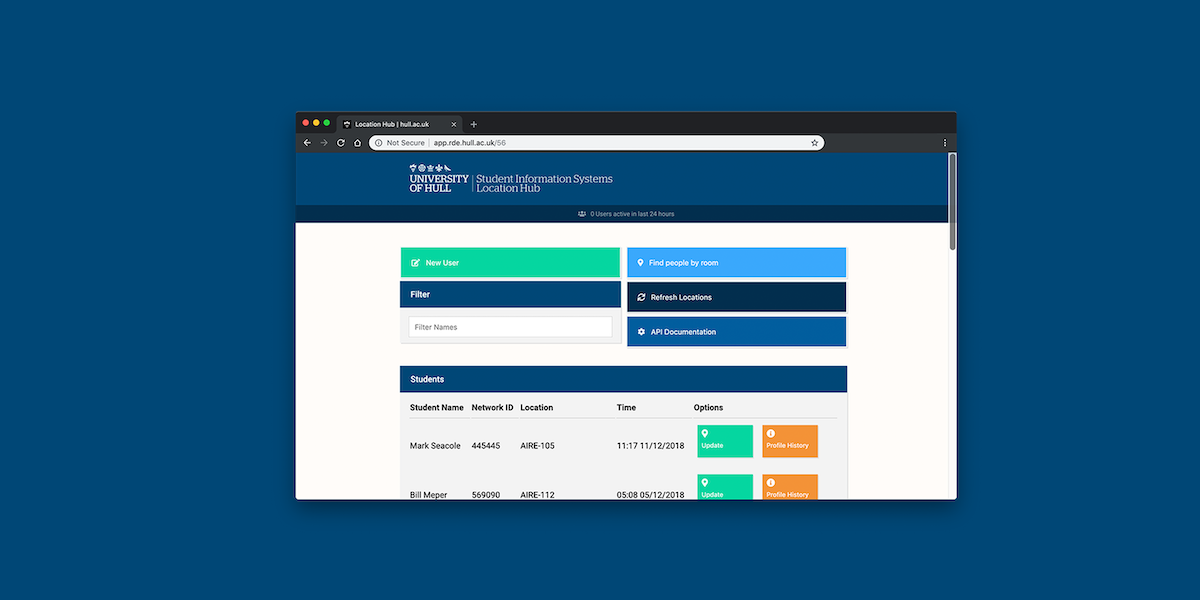 Location Hub was my project for Information Systems and Web Technologies, where I had to build an app to show staff where in the University students are at any given time, presenting to users both their current location and where they’ve been over the past 24 hours.

Because of requirements for the assignment, this project had to be built with PHP and MSSQL as it’s underlying technologies. It was interesting to use these, although I’m not sure I’d use MSSQL in future projects as I prefer MySQL/SQLite. 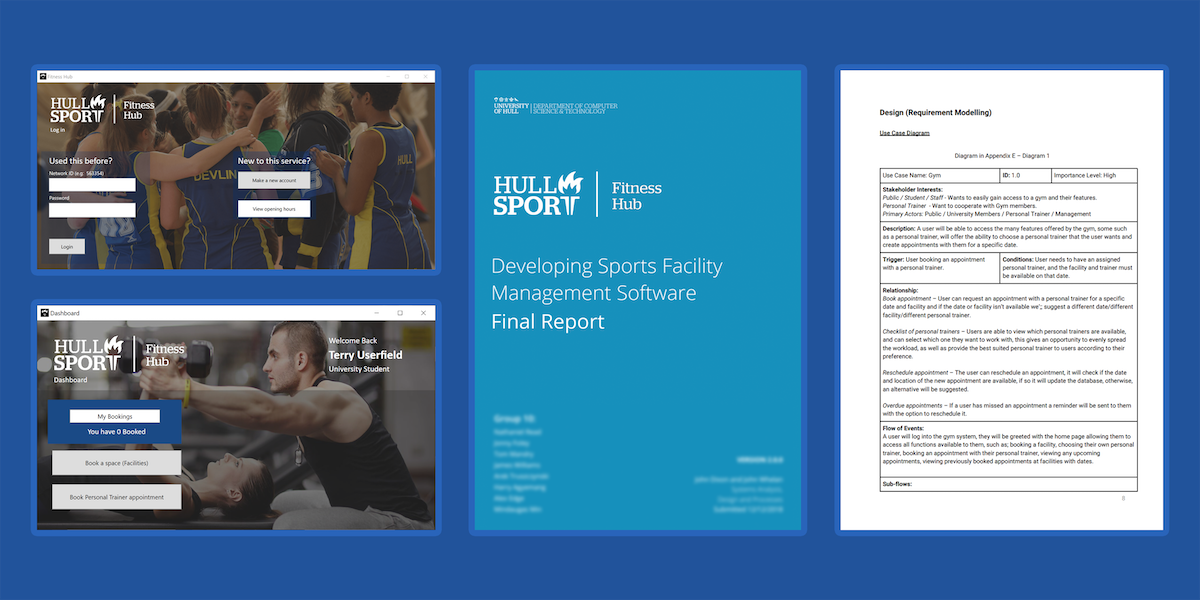 For Systems Analysis and Design, we were tasked with designing a system that could be used to manage members and bookings at the University of Hull’s new fitness facilities, migrating them from their current Excel spreadsheet based solution used since they opened this September.

The project was based mostly around ensuring that requirements were properly captured and ensuring that the Software Requirement Specification (SRS) document was detailed and correct to build a successful piece of software. It was an interesting project and we produced a C# WPF application.