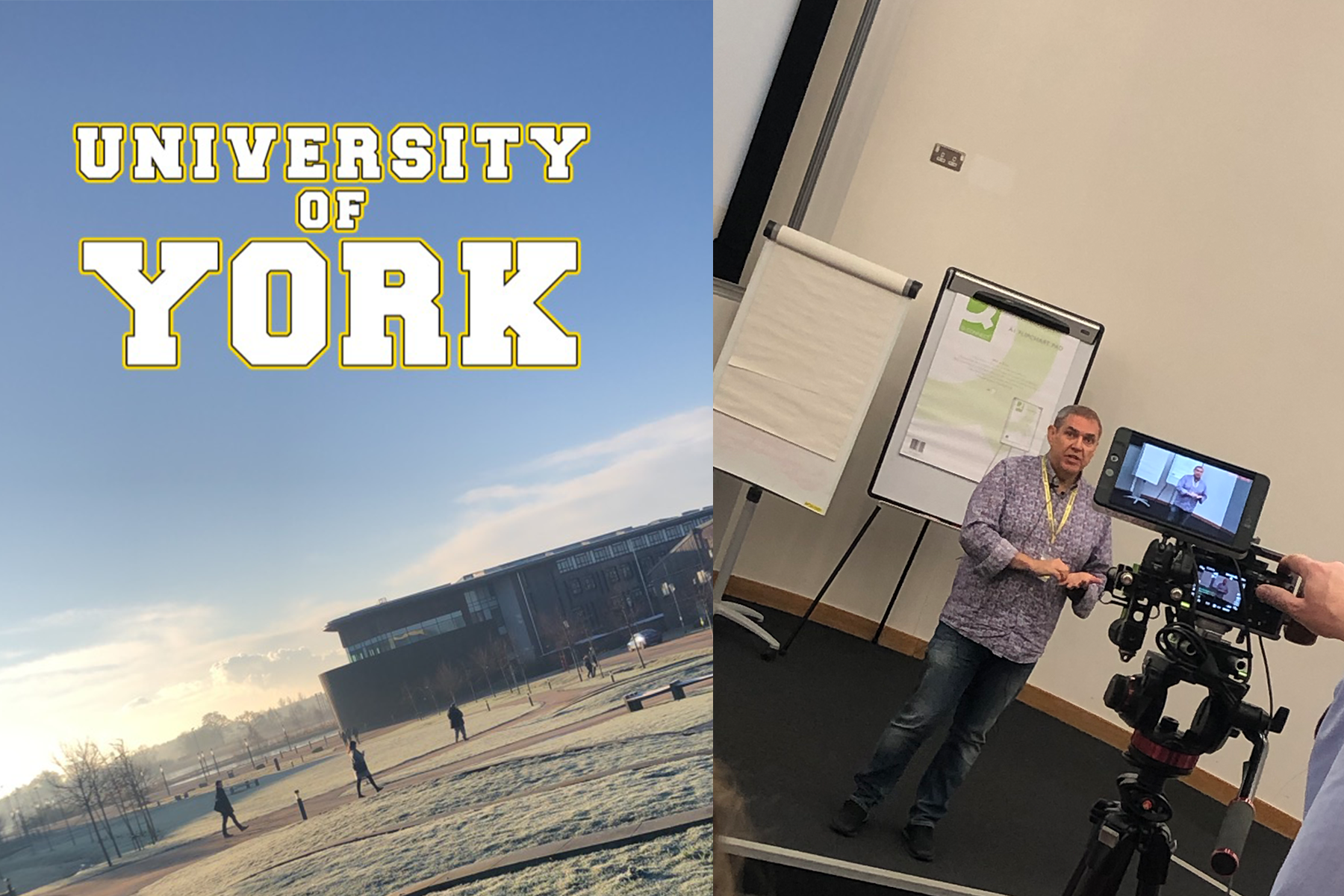 This Wednesday I got the opportunity to go to York Technology Conference, after seeing it advertised on Twitter in Early November, I was really interested in a local tech conference, especially with York being so close. I went along with Adam representing #hullCSS and some other people from the University across different faculties.

When we arrived, we were given our lanyards and personalised agendas for the day based off what we’d chosen the week before on a Google Form, and headed off to the introduction from the CEO of Netsells who introduced us to the apps they own and have built on including YourParkingSpace and RailGuard, speaking next about their goals for the future.

Becoming a Millionaire and Machine Learning at the BBC 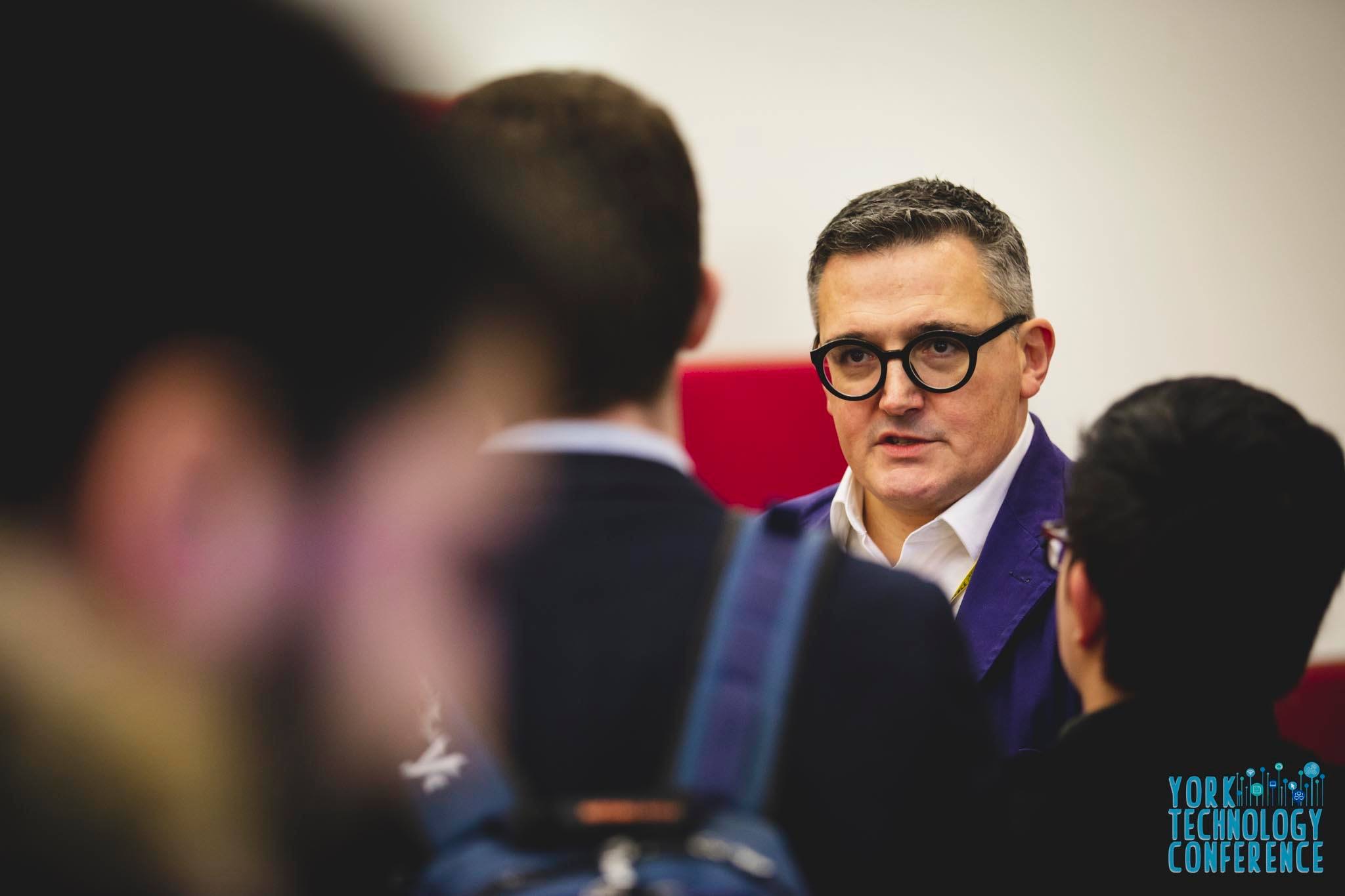 Daryll Mattocks gave us a talk on the essentials for running a digital startup and what to keep in mind when designing, planning, pivoting, pitching and funding a startup, as well as the importance of only building projects that are your actual passion.

Robin Penbrooke gave us a question of how hard is it to change the way an almost 100-year-old organisation functions, and the problems the BBC has overcome to try and change the technical direction of it.

The key focusses being on breaking through technical silos (stopping radio/TV being treated as separate entities), improving metadata on shows and tagging the ‘feeling’, who it’s aimed at to build a suggestion and insight system. It was really awesome, and if this type of system could be applied to an archive of BBC Redux and beyond, it would revolutionise VoD. 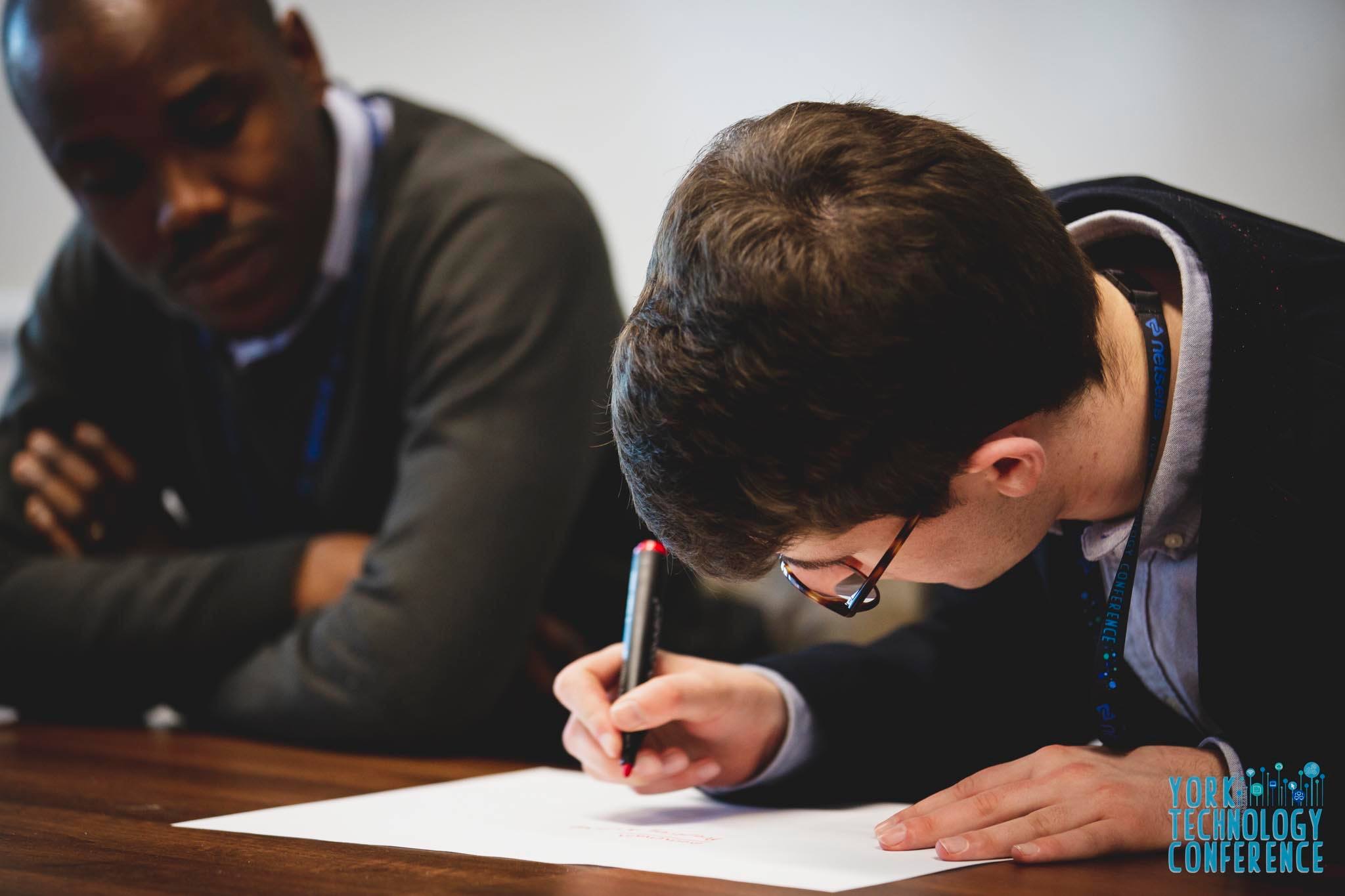 Next up Rob Bellingham from Netsells gave us an overview of FinTech, taking us through how the authorisation cycle for cards works and the magic that happens in under a second when a card gets approved for a payment and security checks are run in the background.

As someone who follows FinTech banks really closely, Rob gave us some cool but also scary insights about how data-informed decisions could use voice recognition, social media and IoT to inform whether loans, insurance or other services were offered to people. I also felt like I was a club member when he asked how many of us were Monzo users and half the room put their hands up. 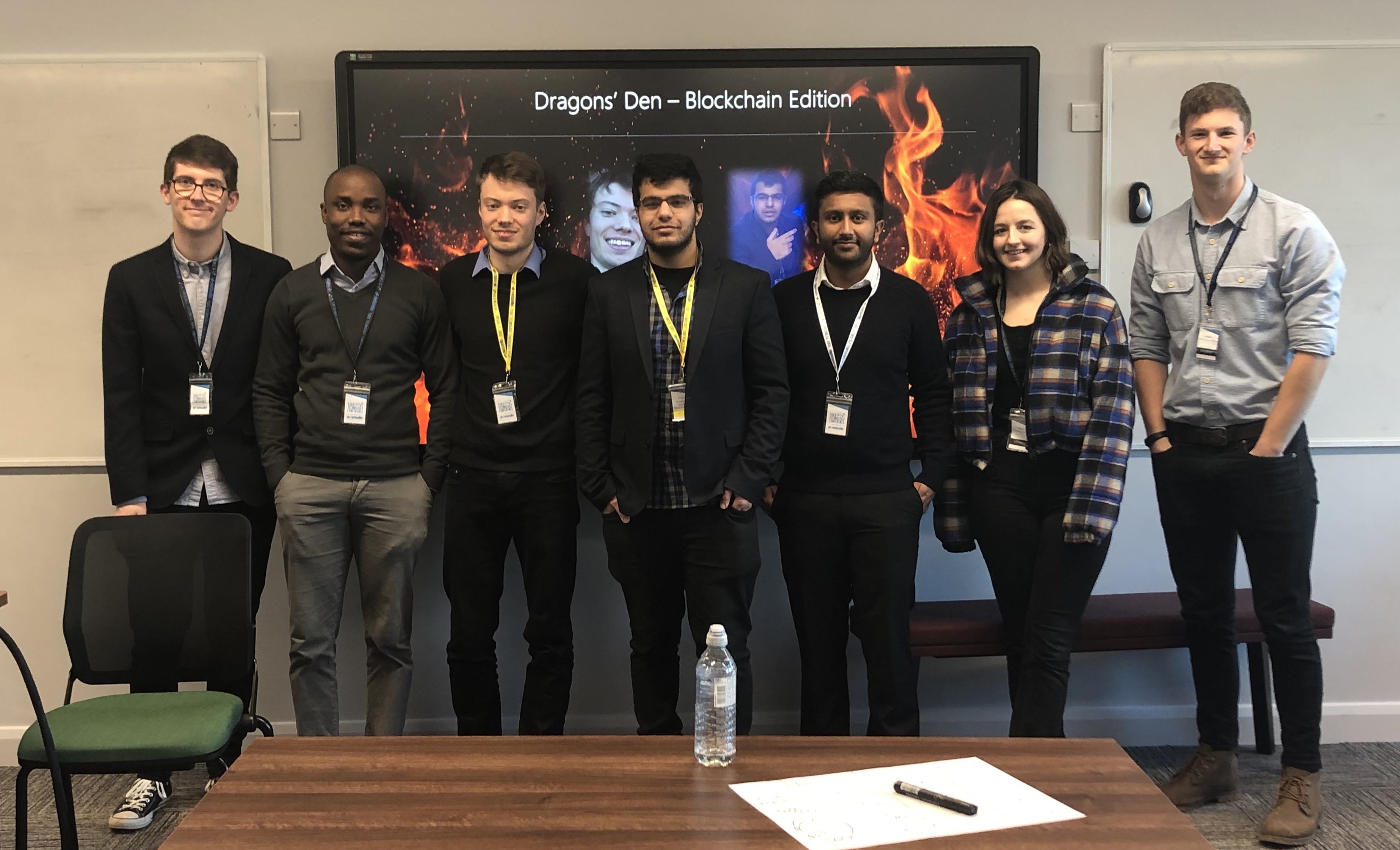 The blockchain task was especially good, as the Dragons Den pitch I did won us Amazon vouchers! We were tasked with thinking of an inventive way to apply blockchain to a real-world situation, bearing in mind the limitations of the technology as well as where it excels.

Steve and I came up with the idea based on Steve’s knowledge of housing issues in Africa where property fraud means that houses are being sold to multiple people and I realised this could be applied in an open land-registry system where ownership was shown transparently. This would mean changes in ownership were on the blockchain, so transaction history was shown to stop fraud and stop Government corruption as auditable records show when ownership has been changed, something that’s achieveable with blockchain despite it’s low transaction rate.

BBC UX and Castles in the Sky 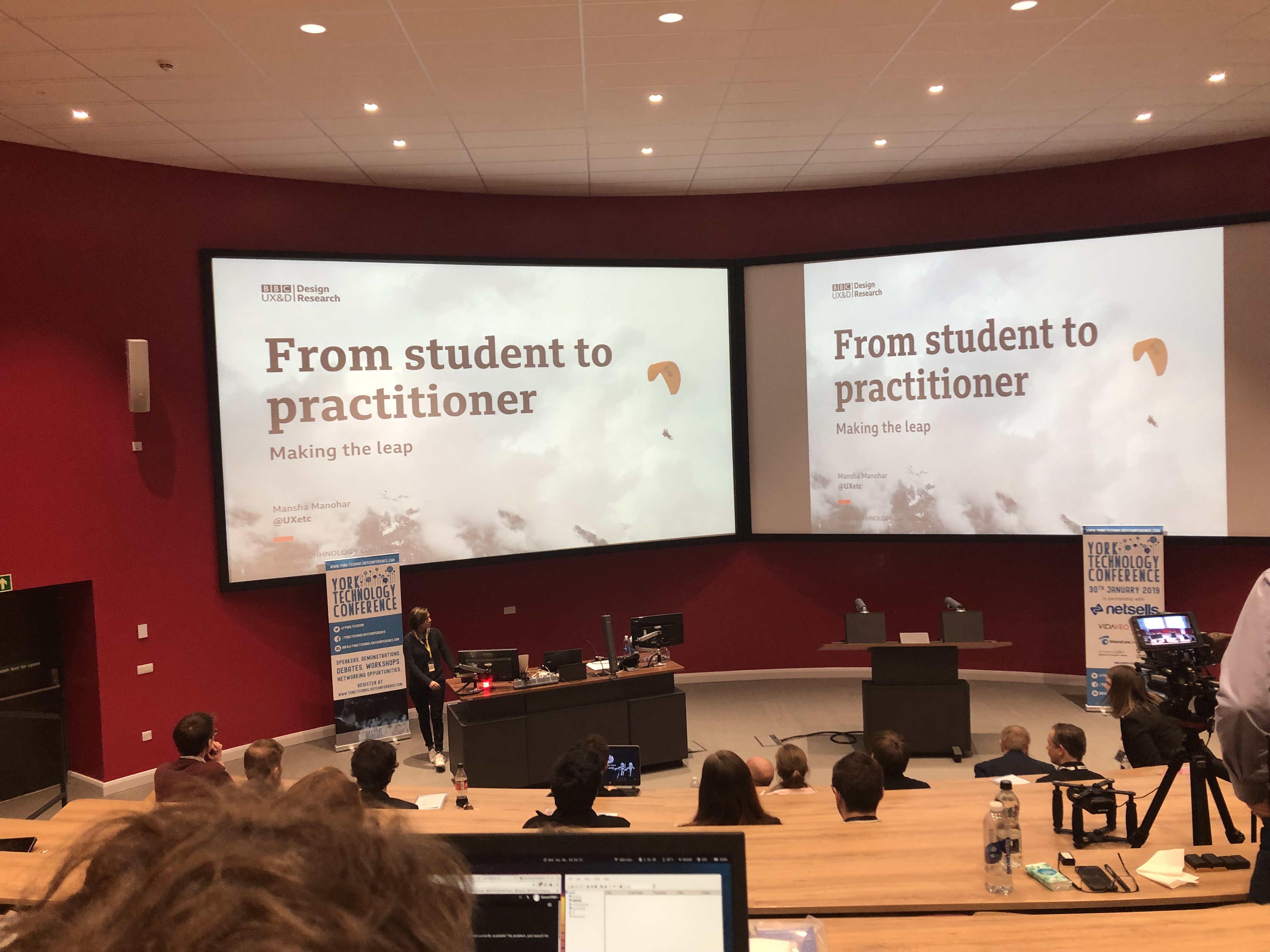 Next up, after lunch we went into a big lecture theatre to hear from the Mansha Manohar, a senior UX design researcher at the BBC who gave us an overview about the journey getting into doing professional UX design and asking the questions about designing what people need and how do we make sure we’re doing the right thing.

We learnt about how user testing is the most important part of the design process, and how by taking a prototype to the users early on you can find big problems really quickly, we also heard the advantages of agency vs employed work and the best ways to get exposed to the widest range of experiences. 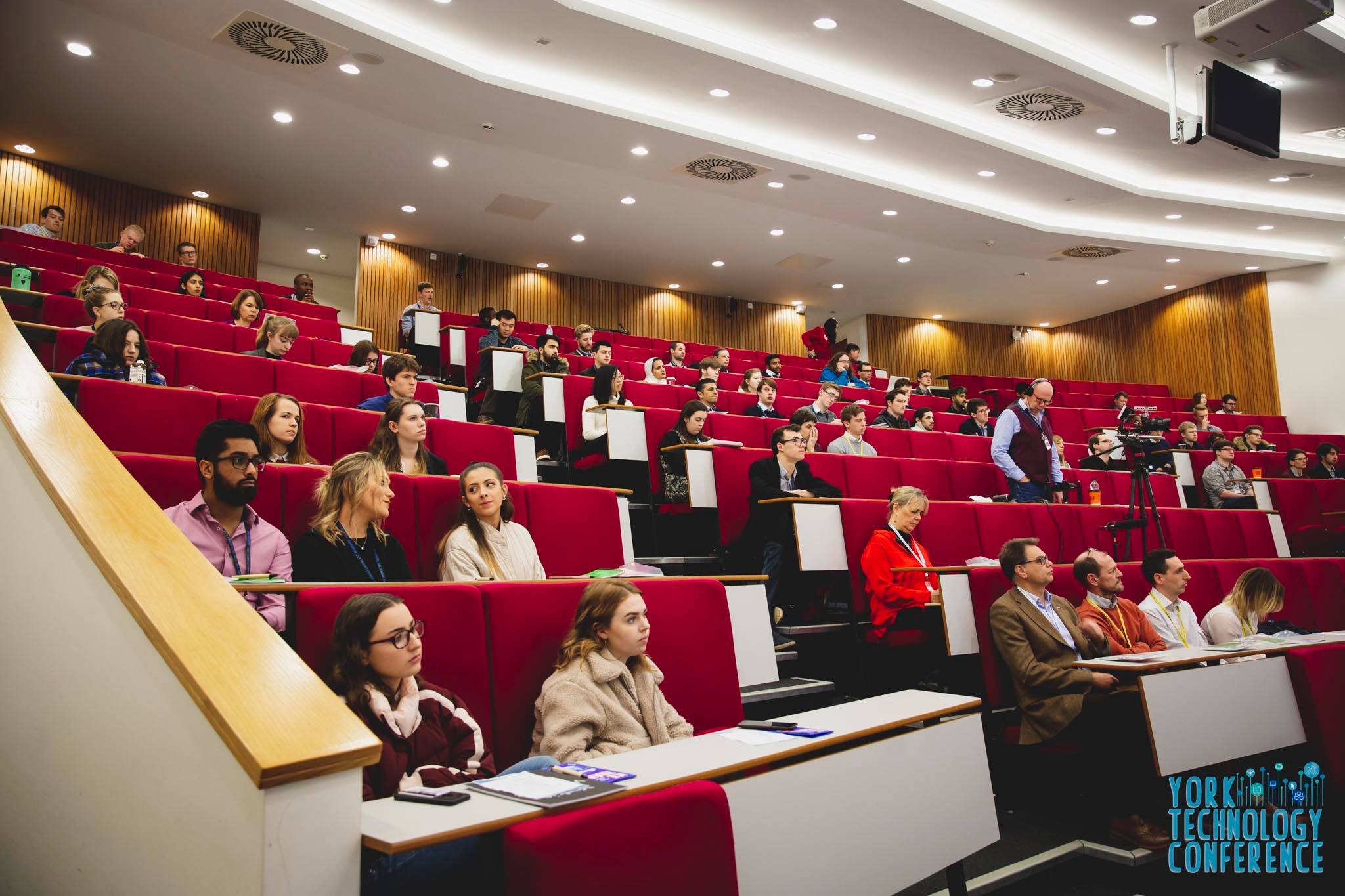 Ross Sleight from Somo then gave us an overview of designing ethical businesses, and the important areas psychologically of app development, with the importance of thinking twice before you design a product that addicts and has a negative effect on people’s lives. I think this attaches quite well to what Bethan spoke about at CodePen January about the importance of taking responsibility for what you design.

Tim Burnett spoke to us about the Cyber Threat landscape and what modern threats to our tech looks like, with the increase of nation-state attacks, ransomware and harder to stop attacks and the lack of enough people in the industry to actually deal with this threat. With an evolving threat landscape, we’ll have to rely more on AI as hacks become more covert and motives change, with state attacks focussing more on getting in and finding information covertly compared to the previous style of individual attackers shouting and telling-all about their hacks.

We had a panel debate next, where the audience voted online and we heard a discussion on the Apple/Google difference in privacy stance, self-driving cars and technology in the next 5 years. 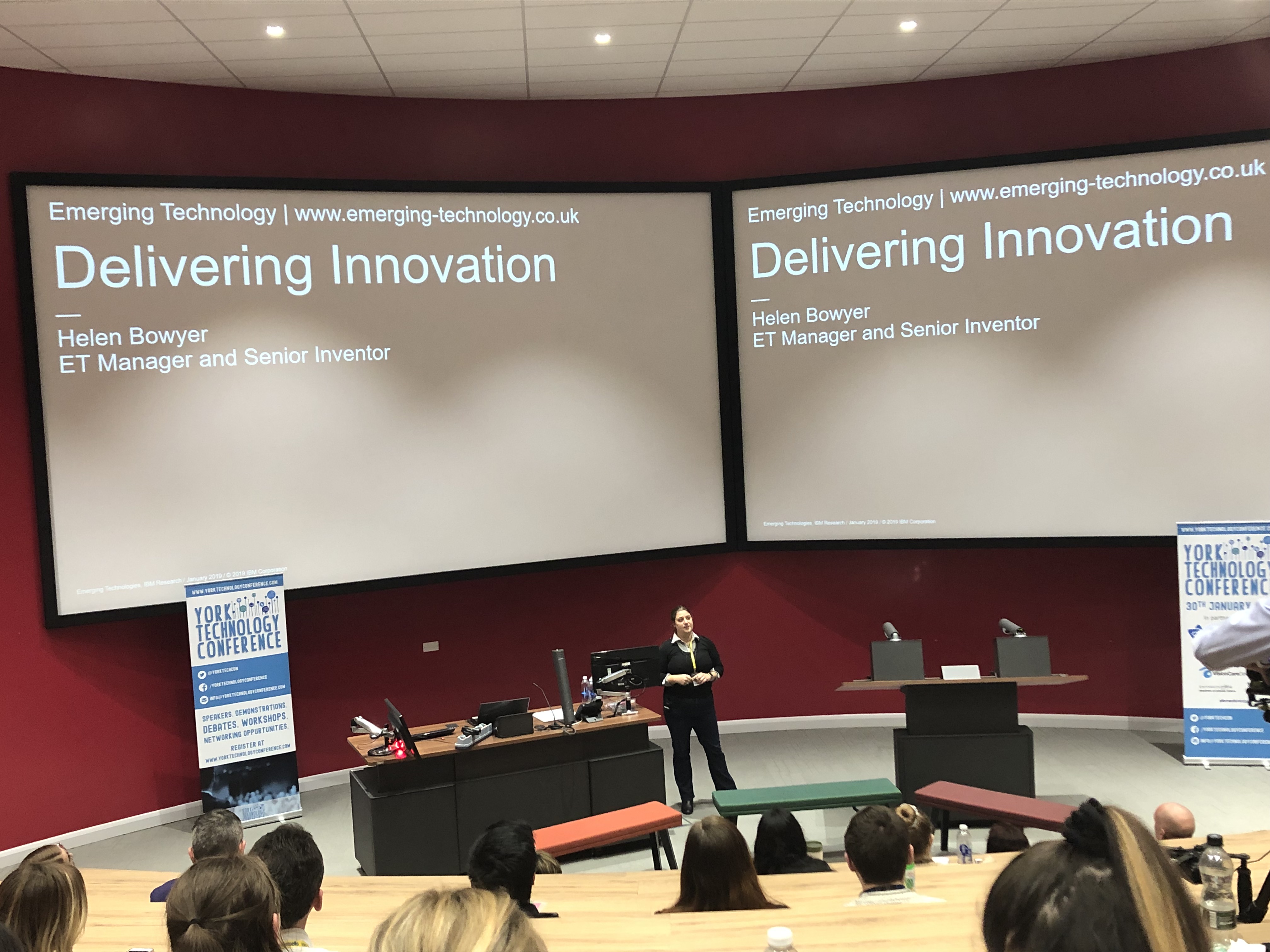 The talks for the day wrapped with Helen Bowyer, an inventor at IBM Research giving us an overview of IBM’s areas of focus, including AI, blockchain counterfeit prevention and lattice cryptography - an incredibly complex and cool way to secure data. I also wasn’t aware that Node-RED, the system for linking together IoT devices was designed by IBM too.

It was a great day out, and it was really interesting to find out about more of technologies I knew very little about before, like the potentials of Blockchain. I was also able to learn more about what really interested me like and questions I had wanted to answer but didn’t know who to ask, including the potentials for data processing with the archives at the BBC.

Thanks to the team at York Technology Conference for organising the event and Mark from Careers Service for getting us there, and Netsells for the drinks after. I’m really excited about what’s coming up next year.