Hull of a busy week - Technology events in the city

This week has been really tech filled, with a CodePen event with a presentation of what we created as part of the NASA SpaceApps Challenge (see earlier post), as well as taking part in a BJSS pair programming event at the University, filming a promotional video with a design agency, going to a hardware meetup and having a lecture from a Microsoft Intern who told us about working for the company. It’s been a really interesting week!

As #hullCSS we attended our first CodePen event down at C4DI on the Hull waterfront last Monday. CodePen was a really interesting event that definitely be going back to in future, the evening had five speakers each with their specialism where they gave their best practice advice and showed off their own cool projects to other developers.

We heard from Mike - a local developer who spoke to us about best practises and common downfalls of people writing concurrent applications.

Next was Amalia - a freelance developer who told us the issues she had trying to manage projects and tasks, not finding anything to fit her workflow and showed us the platform she wrote to track bills and show customers how far their project was in development. Matt from Sauce then gave us an overview of the best ways to do state management in Redux (for React) which was really interesting as I’d used Redux previously in my internship this year.

Harry then gave the audience a demo of our SpaceApps Challenge entry and got some questions from the audience and some really positive interest about our project, which was great! Dave, a developer at The One Point then wrapped up the evening with some pretty interesting APIs for Microsoft products.

All in all it was a really good night, and the free pizza and beer made it even better! 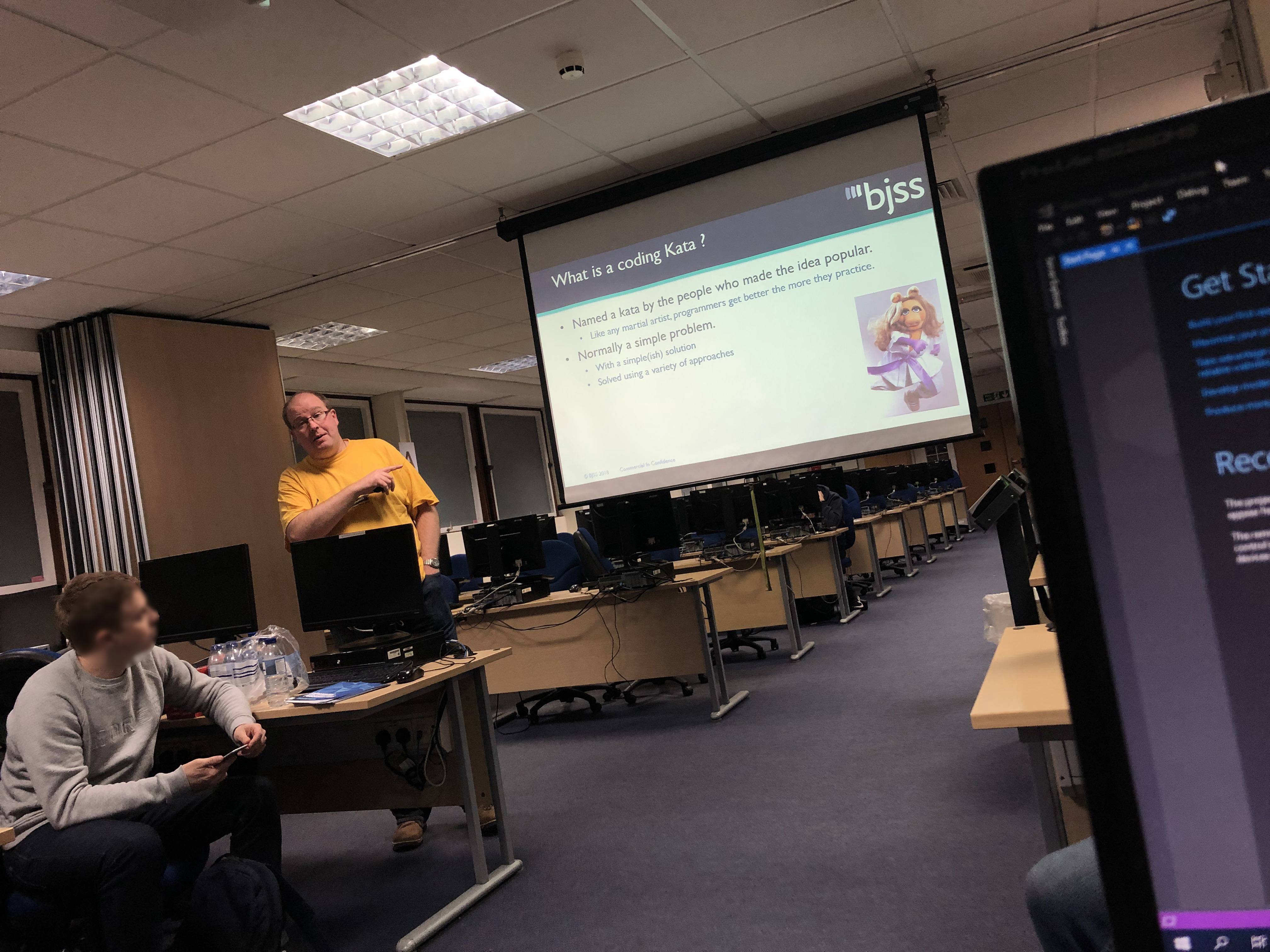 The BJSS Event on Tuesday took place at the University, where we had 5 teams competing to come up with the most creative solution to the problem of “How can you convert a string of currency in word form to numbers” and vice versa (acceptable entries would include both ‘£21.33’ and ‘twenty one pounds and thirty three pence’). There was a catch that solutions had to be made using test-driven development, so tests had to be written before we did any programming.

After spending a few minutes trying to remember the syntax for XUnit tests, we got going and made our outline tests and got a functional product going from currency to words and started on the tests to go the other way.

It was really interesting to get another perspective on development, and although a very extreme approach I saw the merit of having these very defined tests before we started programming; there was free pizza here too which was nice of them. 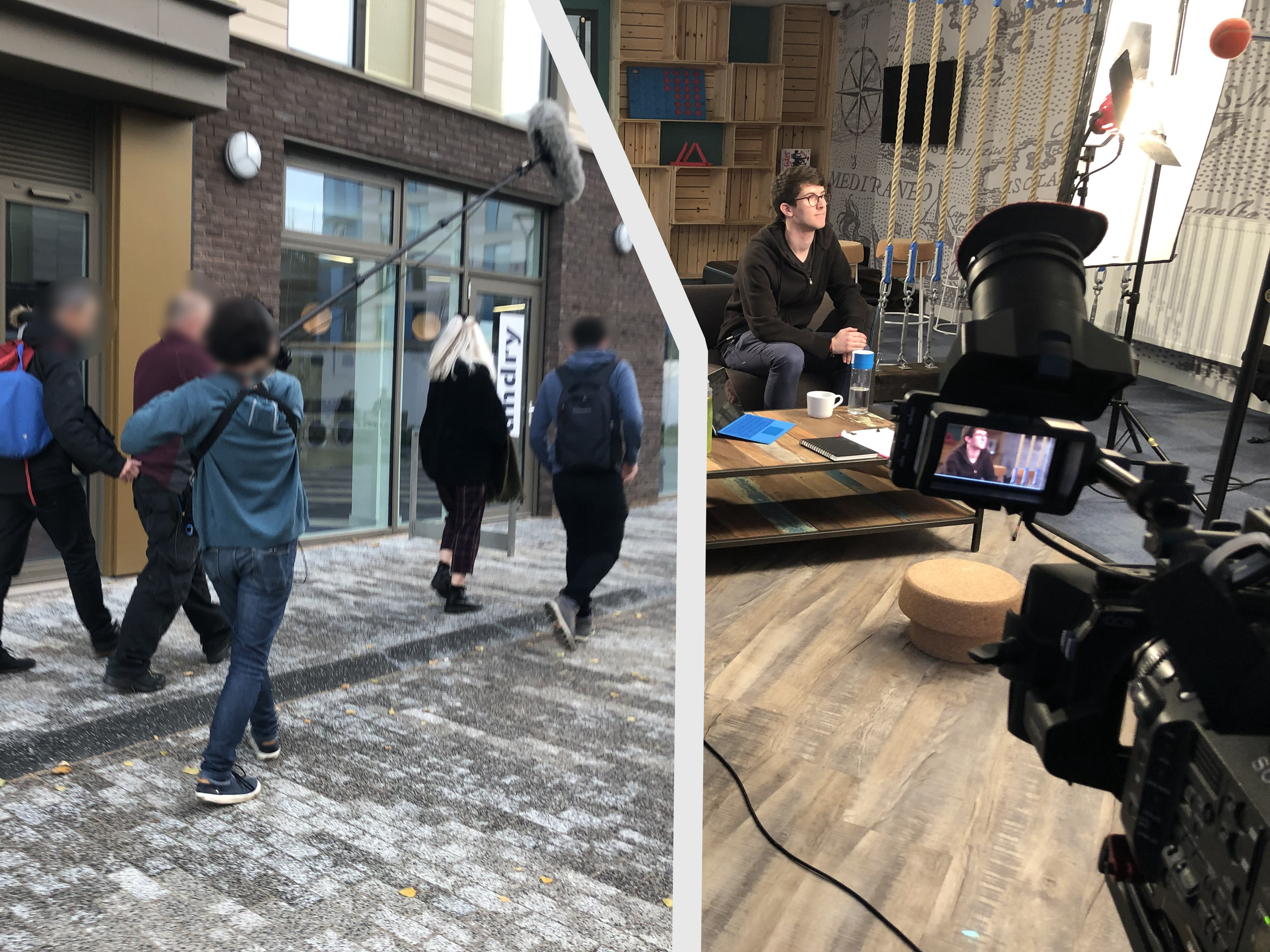 On Wednesday and Thursday, I’d been asked if I wanted to take part in UPP’s (University Partnership Programme’s) promotional video to show the accommodation I live in to new prospective students, other properties they own and their shareholders.

It was a packed two days, where we spent Wednesday afternoon filming B-roll for the video of me and some of my flatmates touring the University and our accommodation blocks, and then in the evening I had an interview to ask about my experiences (something that was exciting and less scary than I anticipated).

On Thursday we spent the day doing promotional photos, including me stood in 25 different places around a washing machine and across campus. It was a really interesting couple of days and was great to get to meet and work with the team from Hatched London who co-ordinated the days. 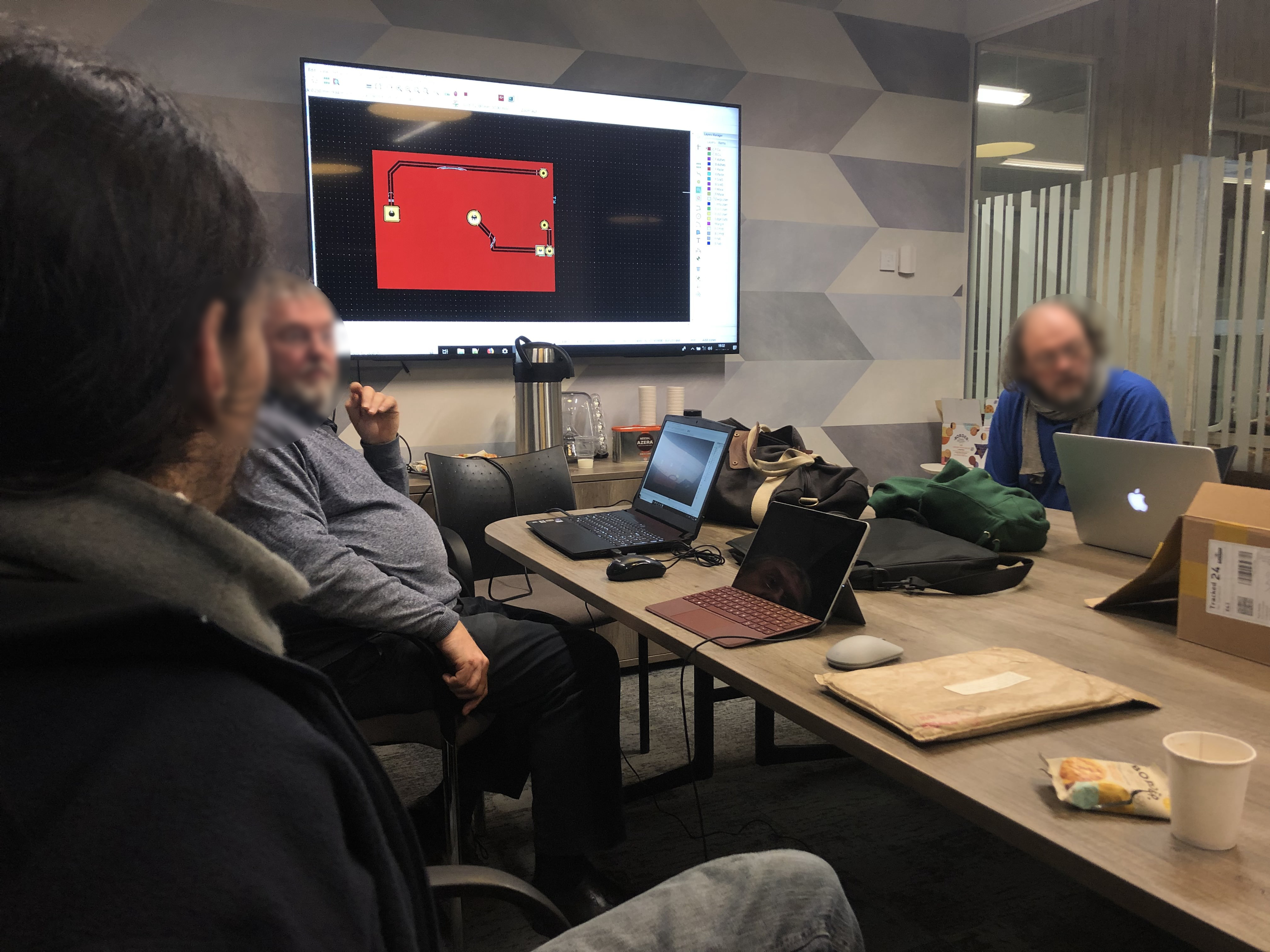 After finishing on the photos on Thursday, I headed down to C4DI with some members of the #hullCSS exec (Harry and Adam) for a PCB (printed circuit board) specialised Connected Humber Meetup.

Harry showed us some of the boards he’d designed for a multi-directional camera, we also met Hayden the creator of the world’s smallest Arduino compatible device.

Paul then showed us how to design our own printed circuit boards and the right software to do it and get them made up - it was really interesting and super cool how the circuit designs were validated if they were possible to make before sending them off across the UK or to China.

As it’s so incredibly cheap to do and with so much room for extension, it’s definitely going to be something I try in the future. 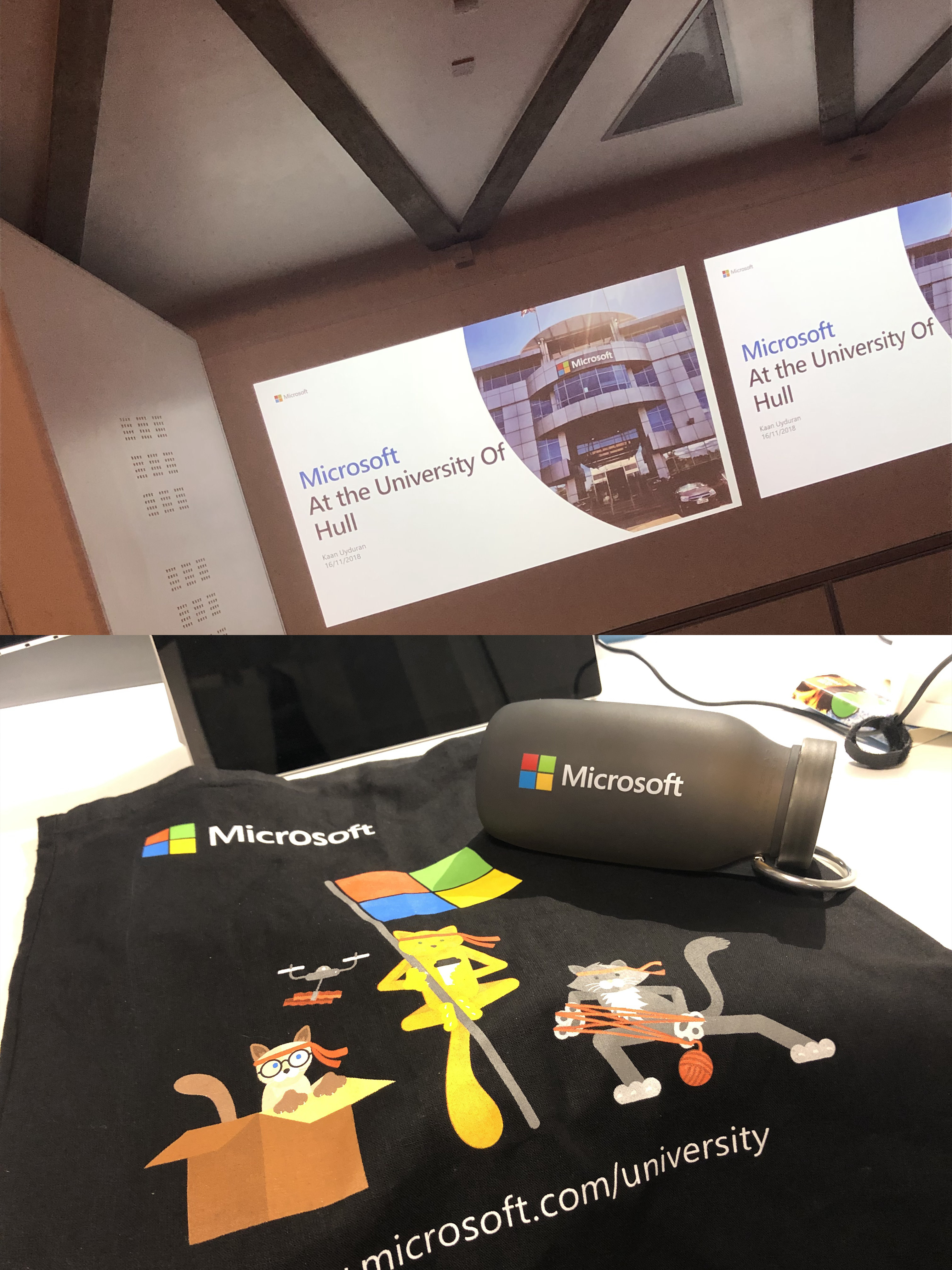 It was really interesting to find about the available schemes, but also as to how interconnected he felt as an intern being able to travel across the globe with the business and work with people at home, in the USA and in all of Microsoft’s satellite offices.

At the end Kaan challenged us with a Kahoot to find out whp took the most in from the presentation with prizes; when he mentioned prizes the stakes went up and we were in for an ultra-competitive 5 minutes. I ended up coming second in the quiz and still got a pretty nice tote bag and a nifty rollable water bottle (see image to right).