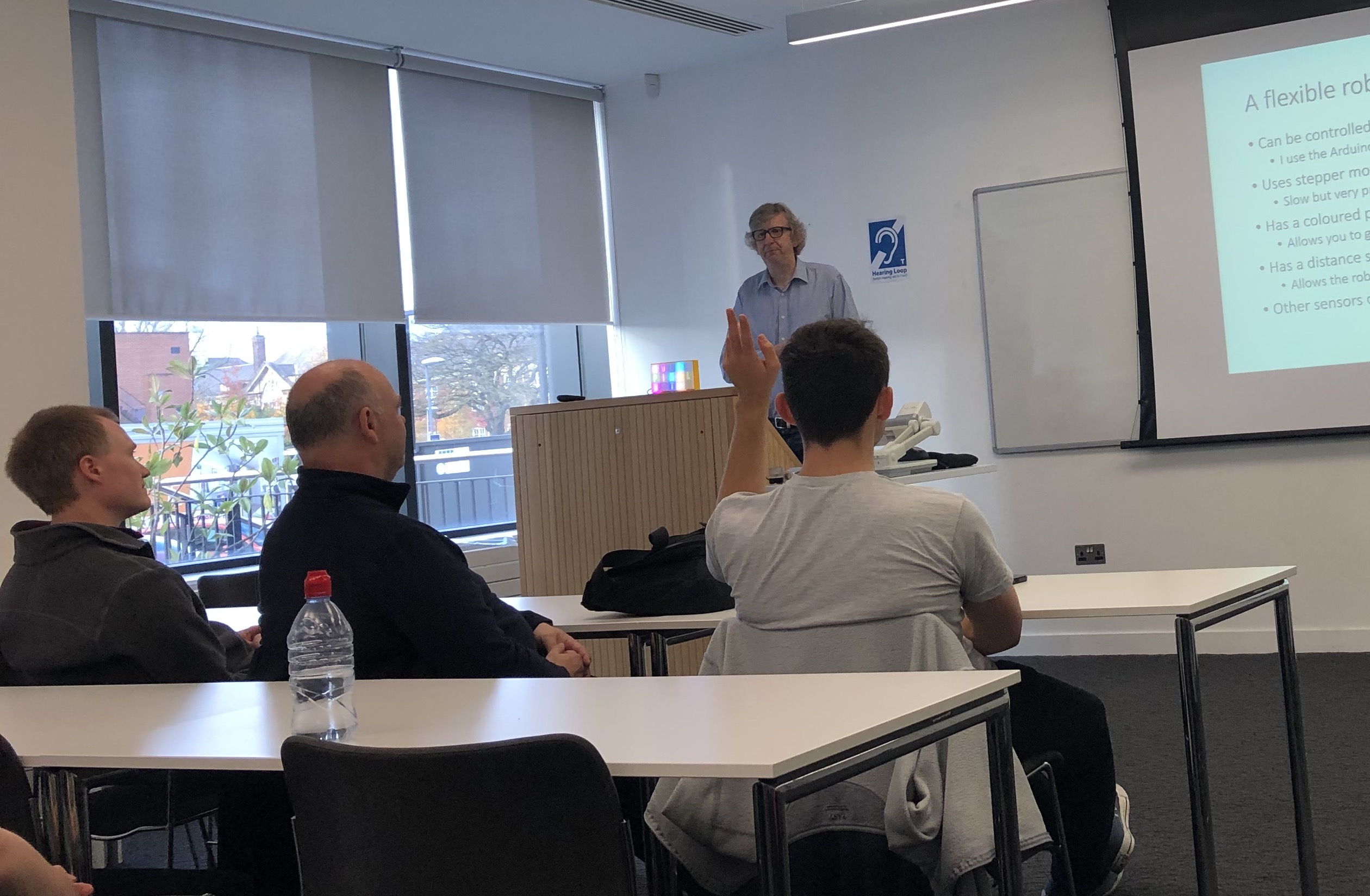 Yesterday Rob Miles, the creator of HullPixelBot, ex-lecturer at the University and now cool local tech person resident at the C4DI came to host a #hullCSS (Hull Computer Science Society) event and explain to us his work to make the robots - why he made them and how we could make our own robots.

They’re designed to be an easy and cheap intro to robotics for anyone, whether you’ve never played with an Arduino before - and is a product of modern electronics really, that anyone can build something cool and expand upon the basic robot.

Rob spoke to us about MQTT and the advantages it has for IoT (Internet of Things) devices with its low overhead. I’ve played with MQTT before, both with OwnTracks and currently over the web with blueboxNotify, Rob told us his recommended way to hook IoT devices into Azure to control them with a serverless infrastructure, handy for anything from Robots to Rob’s suggestion of an annoying device with a light sensor that only buzzes when the lights are turn off - one that’s likely to get you into your housemates bad books!

In addition to the robots themselves, PixelBots can run their own operating system on the Arduino - we had a demo of hullOS which is pretty similar in syntax to Python, especially handy for people new to programming but for those already familiar with C/C++, you can just write code straight for the Arduino. 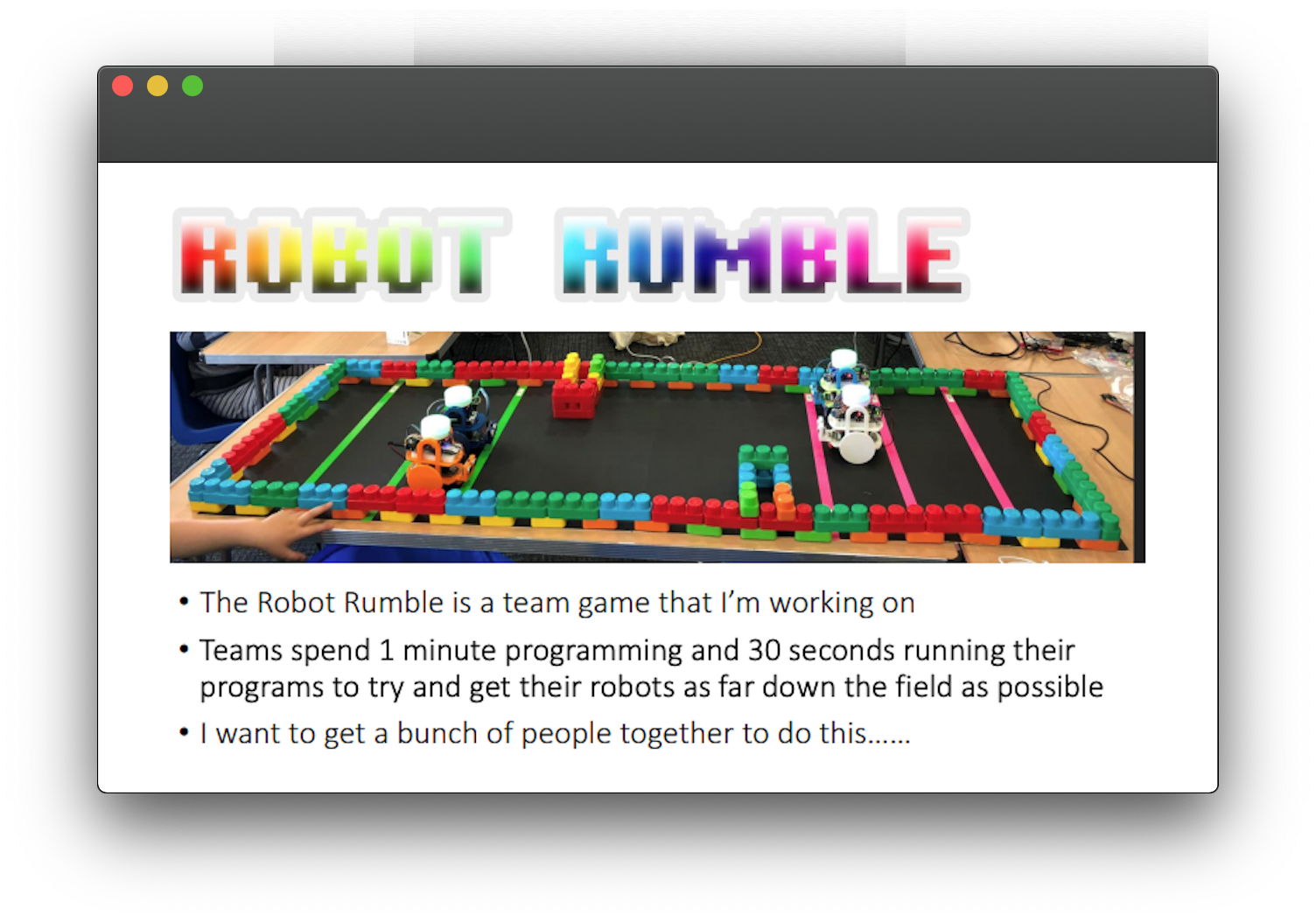 We’re also hoping to get involved as #hullCSS with Rob’s upcoming ‘Robot Rumble’ - a micro hackathon where each team is given a HullPixelBot and a minute to write software for it and time to quickly test it before sending it down an obstacle course to see who gets the furthest - a really cool event, and technically cool too as the robots can be programmed remotely straight from Azure.

Rob had also made a really cool 3D printed NeoPixel lightbox that’s controlled by Arduino as you can see as a GIF on the right, something I now want to make too.

You can also read about this event on Rob’s own blog here.

HullPixelBot logo from organisation site, images provided by me on behalf of #hullCSS.