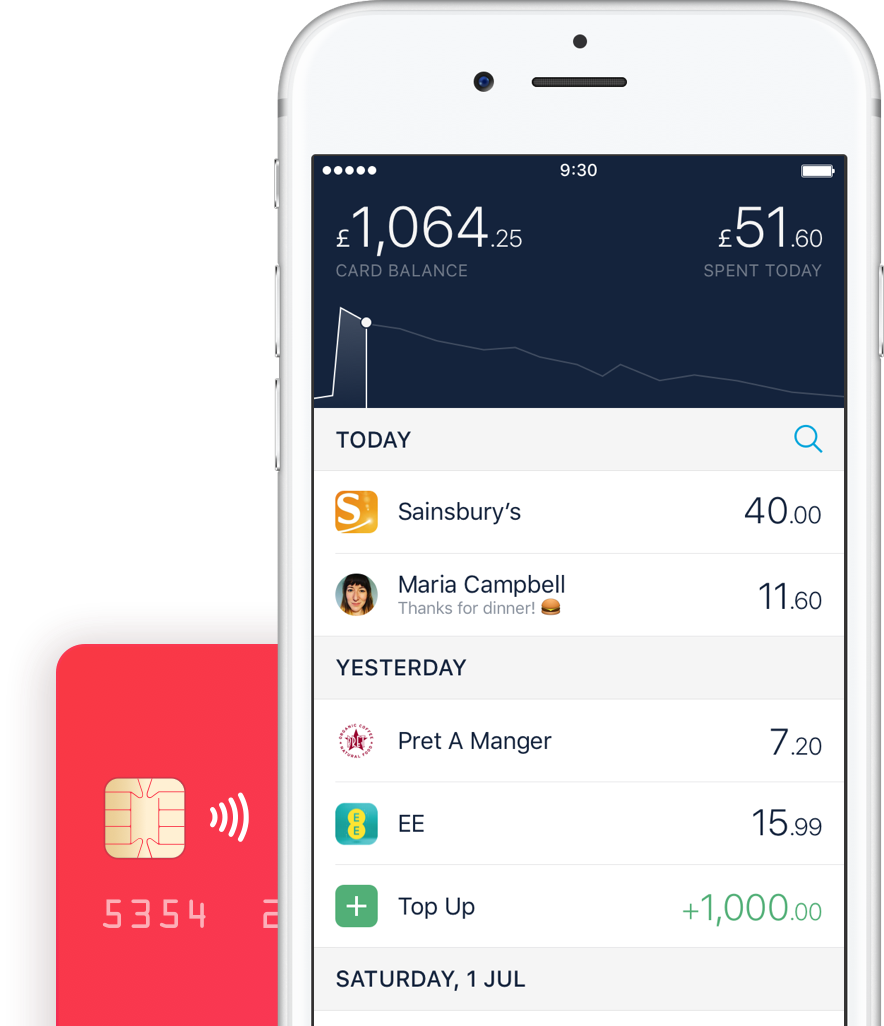 I joined Monzo, a challenger bank in September as a better way to manage my money when moving to University and to allow me to be able to track my spending to see where and when my money was going.

My initial money management plan for the first week was keeping a pile of receipts and just paying for everything using my Santander Student Account; this was foiled by the fact that as with all conventional banks, it takes 1-5 days for spending to actually appear in my account by which time I’ve already gone over-budget, as well as Sainsbury’s Locals not providing itemised receipts for my shopping (saving the planet but meaning I don’t know what I’ve bought when I look back).

At the start I was only really interested for the instant push notifications, and ability to make notes and add receipts for purchases on the prepaid MasterCard allowing me to see in a timeline where and when I’m spending money. In the last month they’ve moved me over to a real Current Account with a MasterCard Debit; as a bank it’s almost perfect for me (it just needs Apple Pay, which is believed to the in the works).

Where legacy banks really fail is their underlying architecture, with RBS’ outdated infrastructure causing their Santander deal to fall through and an outage over Christmas in 2012, and Lloyds HBOS implementation costing around £1.3bn to join their two legacy systems, which are too expensive to replace.

Although these banks are trying to keep up with nice looking customer facing apps and revamped web interfaces, however the systems sat behind these interfaces date from the 90’s and earlier and struggle to keep up with the modern way banks are used with contactless and card for almost all payments which can be seen as less than half of consumer payments were cash in 2015.

What attracted me to Monzo is their use of AWS and building their scalable platform on modern cloud-computing technologies, the same provider used by Netflix, Spotify, AirBnB and thousands of other tech companies use. If your social media apps can update in an instant, why shouldn’t your bank balance be able to? 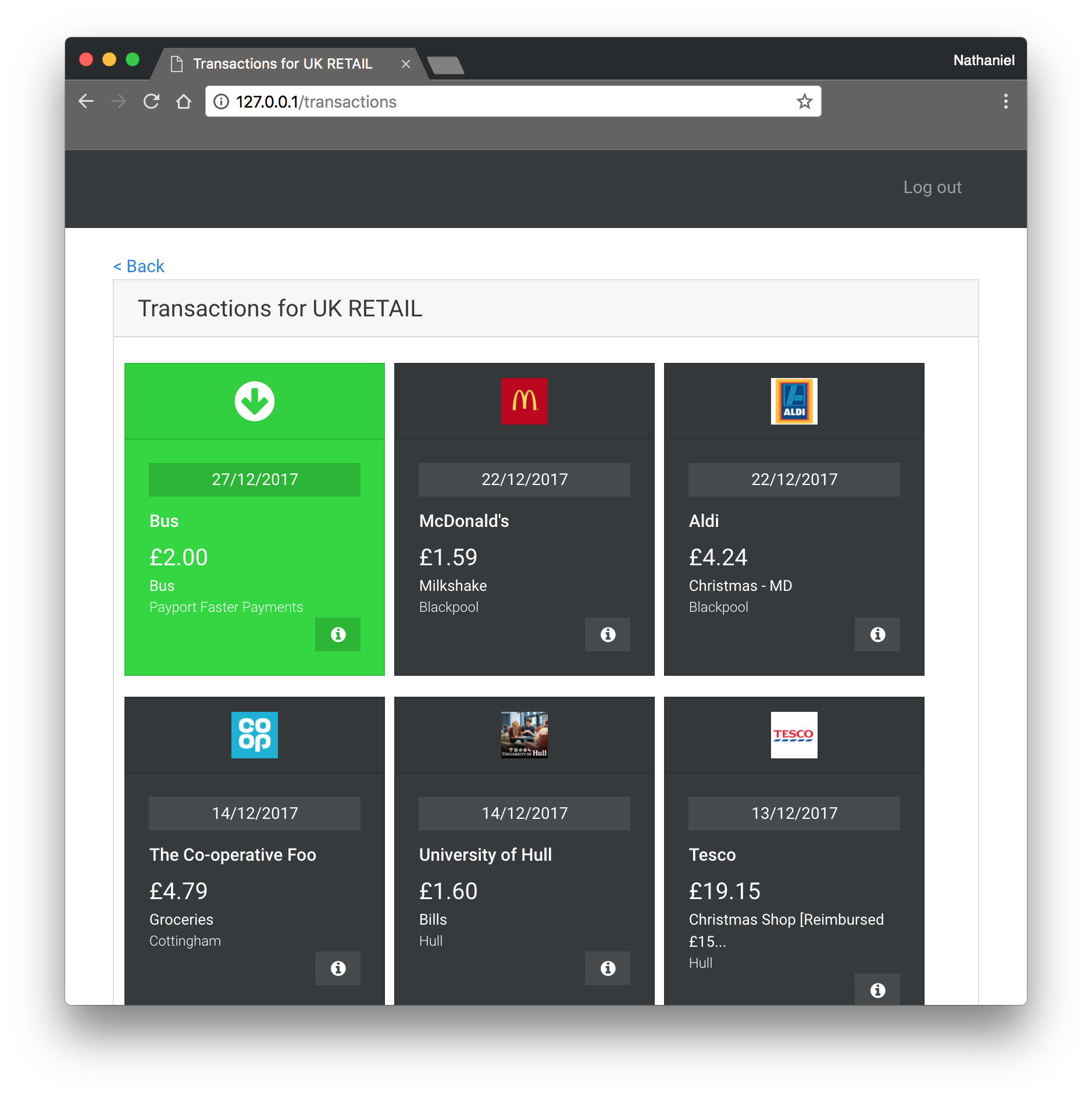 They’re also ahead of the curve on an API for banking too, where under the European Payment Service Directive (PSD2) all banks are required to share data with the user and other companies if the user allows which is in the works and should be released for all legacy banks in 2019.

API access will revolutionise the way that we bank, with me challenging myself yesterday to write an app to access Monzo’s (Beta API) getting my JSON feeds of accounts transactions, and individual transaction information to give me an amazing amount of detail.

My code is now on GitHub, it has a Flask web interface and fetches all my transactions, sorting whether they’re purchases, incoming and outgoing payments and changing their colour depending on this as well as fetching the merchant’s icon if they have one and display it to the user.

There’s so many other things I can and want to implement on this though, like using MapBox to plot all transactions on a map, and using something like ChartJS track what types of shops money is being spent at.

Overall, it’s a really interesting technology (for me anyway) to have my hands on my own data and allow me to process it and use it as I want, instead of just having a list and a statement as I do with my other banks and will let me plan and work out my money so I’m not spending the next 3 years eating just pasta!