Telemetry car insurance is on the rise in the UK, it’s the only way for a teen to get policyholder insurance without paying an insane amount of money.

These policies can really work in your favour by rewarding non-extreme driving habits with reductions in future premiums or money back quarterly. 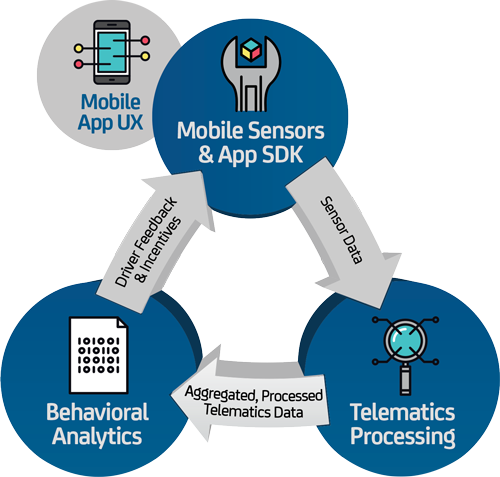 These policies can really work in your favour by rewarding non-extreme driving habits with reductions in future premiums or money back quarterly. However these policies can limits you to the time of day you can actually drive at and penalise driving at antisocial hours with increased premium, bringing your daily score to 0/10 if you drive past 10pm.

Telematics is not just there for judging your driving ability though, the data it collects is stored by the insurance companies and processed as big data. In the long term, this could cost more as learns your driving habits and could potentially compare your speedy cornering to another driver who was involved in collisions and deem you a higher risk – and give you a higher premium.

Driver’s histories will be handed over by most providers to the Police in the event of an incident and nobody is sure who actually owns the data (whether the individual or the insurer. If all driving data was shared with law enforcement there is potential risk that millions of drivers would start to receive penalty points for minor crimes.

At the moment data is stored in different formats between providers so it isn’t exchangeable, but an insurance industry who shares driver data and behavioural analysis per person could result in far higher premiums as insurers will know exactly how you drive and think before they quote you. The black box is also usually attached to the car’s internally under the dashboard and will continue logging and building profiles even if your insurance provider changes, potentially affecting your future quotes.

The danger of networked OBD2 installed telematics devices is highlighted here. This diagnostic port connects devices to the CAN bus (Controller Area Network) and all areas of the vehicles operation. As shown in the example, if a Man in the Middle attack was performed on the devices, cars could be hacked and remotely controlled; any hacker would essentially have superuser access to anything electronic on the car, in some cases even steering and brakes, something you really do not want.

Overall telematics can make driving affordable, however depending on your provider your driving could become more costly in the future. Once again there is also the threat of another network connected device turning against you, and insurers should look at what devices they’re fitting in customer’s cars and whether they have inherent vulnerabilities.