The UK’s unified banking API is coming, and it will be great | Nathaniel Read
comment


The UK's unified banking API is coming, and it will be great

The UK government has given support for the creation of a universal API to allow access to UK bank account data, in a move to increase competition between banks, but also to allow innovation in the finance industry to give customers a clearer understanding of their savings.

The OBWG (Open Bank Working Group) established by the UK Government to find ways to improve interaction with banks in the UK, they proposed that “bank data…should be made open data” which encompasses products that they offer, to increase consumer choice. “Open APIs should be built using customer data” which would mean that apps like ‘Mint’ or ‘You Need A Budget’ would be able to use data straight from accounts about spending to break down where you can save money, which would allow for smarter spending.

APIs are great, and can allow developers to integrate as can be seen by how they’re being rolled out across government (data.gov.uk). It’s important that these would be opt-in (obviously) and provided as an extension to online banking.

The hardest part about implementing this, I imagine, will be the legacy systems that banks use (especially as RBS’ system alone has caused them a major meltdown and prevented two break up attempts) and creating an interface between the legacy banking systems and modern mobile apps, reducing the costs to the banks (although the old systems really ought to be rebuilt or upgraded) but this works in the interim. 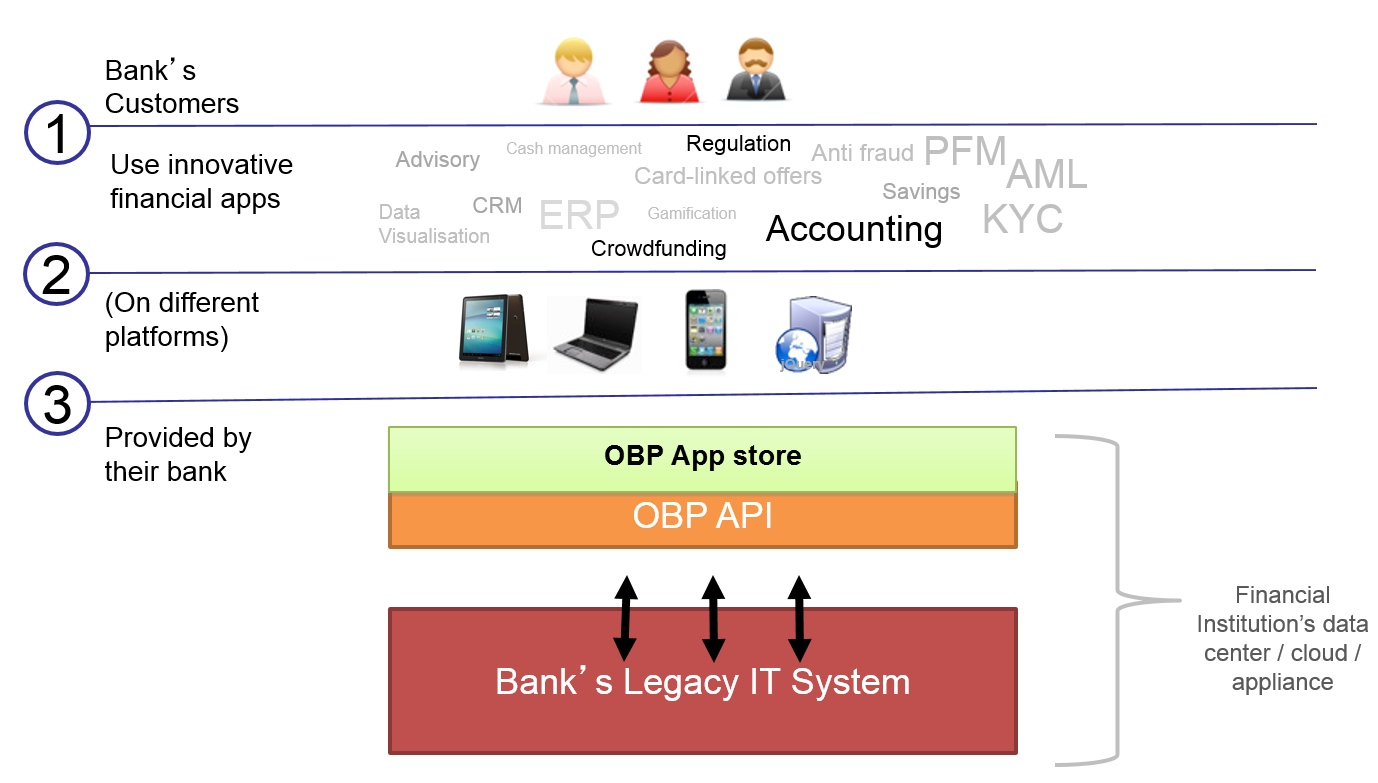 An official API will be unquestionably more secure than current systems used by data providers such as Yodlee and Finicity that actually log in using your credentials and screen-scrape data from your account (logging in with your credentials, loading web pages copying the web pages source and stripping financial data out), mainly the issue with this is that most banks will not protect you in the case of them having a security breach and your money being taken, as you authorised them to use your account. Despite me being sure that scrapers have good security practices, I’m certainly not risking my accounts being emptied overnight.

When it’s released with initial debut meant to be early 2017, with a fully fledged product including consumer and business data being available by 2017 developers will be able to build some amazing applications upon this interface. Consumers will also get better deals on their accounts with the API allowing developers to see all accounts types that banks offer and offer the best to their customers (potentially a automatic MoneySavingExpert like system, returning the best account type for an individual based off their own spending habits).